It's time for an epic video update :)

A big thanks to Armand Bonné from Studio Bonné productions for these beautiful edits from Yamila's yearly International Bellydance Festival in Heerlen.

I have been part of Yamila's festival since 2003 :) and I have had the honor to teach and perform there the past few years. It's one of my favorite events, as I get to see so many dance friends I 'grew up' with on and next to the stage, but I also get to meet new people each time as the festival keeps growing. Yamila and her sister Myriam are my very first dance teachers and they are based in Belgium/the Netherlands.

Here are some video clips taken at the current festival, plus a video from last year's edition. Hope you'll enjoy!

Zills and oriental performance to Srazad - 2012


Oriental and drum solo - 2011 - my longest drum solo 'till now :) You can find a live version of me performing this drum solo (Habla Tabla, from Issam Houshan's CD 'Chemistry of the Drum') with Issam on the Shimmies with Khalida DVD!

ETA: The next video, from a different festival, is an oldie but a goodie :) The performance is from 2008 but I uploaded it again by popular request. It's a new link (in case you had been linking to it before) The veil work is inspired by the lovely Aziza of Canada, and the video was taken at Leyla Jouvana's 16. Bellydance Festival in Duisburg, Germany. The song, 'Kemal' is an old Greek song, and this specific version is sung by Savina Yannatou of Greece.


Thanks for watching!
xx Khalida
www.khalida.biz
Posted by Kim Bech 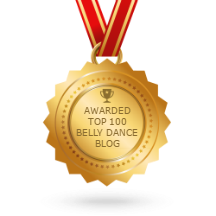